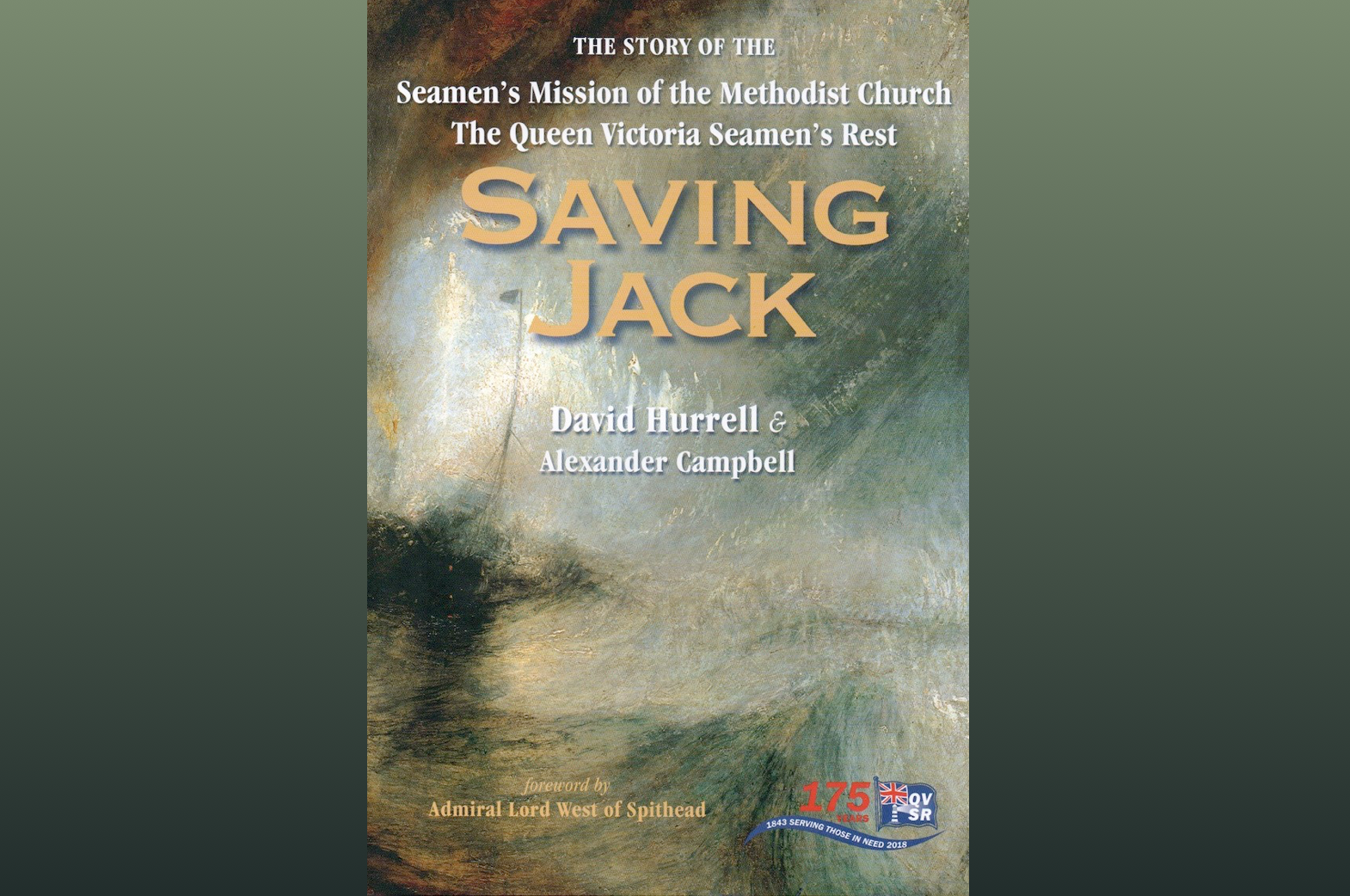 Of value to Methodist and non-Methodist alike, this handsome, full-colour album was put out to celebrate the 175th anniversary of the Methodist mission to seafarers in London and its flagship the Queen Victoria Seamen’s Rest (QVSR).  All seafarers’ welfare workers can learn from the history of the Methodist ministry, as many of the challenges faced and overcome resonate with what we have seen in our own ministries.  As Alexander Campbell, QVSR’s current CEO, says in the introduction, “One of Queen Victoria Seamen’s Rest’s major challenges is to convince others that there is still a place for it in this modern age.” He co-authored this book to show that “QVSR shall remain as a testimony of what can be achieved in the name of Jesus and to set our standards for others to aspire to.”

The Methodist Church originated as a revival in the Church of England in the mid-18th century, inspired by John and Charles Wesley and their colleague George Whitefield.  In the early 19th century, especially in the wake of the Napoleonic wars, charities were set up to work for the spiritual improvement of sailors, notably the Naval & Military Bible Society and the various expressions of the Bethel movement.  Out of these came the modern Sailors’ Society, the Mission to Seafarers, and the Seamen’s Christian Friend Society. In the same context, the Methodists also began seafarers’ ministry.

The ministry of QVSR was to serve sailors in need in the Port of London. The Port of London grew rapidly throughout the early 19th century as international business boomed and shipping companies built docks to accommodate – first West India (1802), then London and East India (1805), Surrey (1807), St Katharine (1828), and West India South (1829). It was in this world, with all these docks and ships and their army of workers and sailors, that the QVSR was called to serve:

“Cheap, insanitary tenement housing sprang up in the area as the population expanded exponentially. The vast wealth being traded through the port attracted much nefarious activity, and this, coupled with hoards of seamen seeking short term accommodation and base entertainment, the endemic poverty amongst the working classes, lack of social infrastructure and poor health and educational facilities, combined for a toxic mess to create the appalling slums and criminal underclass.”

The Wesleyan mission to seafarers began in 1843 at St George’s Wesleyan Chapel, Cable Street, Wapping, in the Parish of St George in the East by the London dock.  Their calling was to spread the Gospel of Jesus Christ among seamen and their families in the vicinity of the Port of London. In the earliest years, those involved in the mission held ad hoc religious services onboard ships or on the dockside.  After a few years more organization was needed, so a sailors’ chapel was opened in 1849. A key member of the team in the latter 19th century was Thomas Garland, who started working with the mission in 1855 and served more than 40 years preaching and lecturing.  One assistant at the mission was called the ‘Bible woman’, the earliest being Mary Bilson, who made many ship visits and distributed literature.

Service to sailors was not restricted to religious services or literature distribution.  A pressing need among sailors was clean, safe housing – both short and longer term. In 1887 the mission opened its first seamen’s rest, which has allowed them to welcome many thousands of seafarers over the years.  The building would change locations and be remodeled, the modern building having undergone a major upgrade in the second decade of the 21st century.

In fact, in the second part of Saving Jack Campbell reflects on the tremendous challenges that QVSR has successfully overcome in the last decades.  As the docks closed in in the East End of London in the 1960s, with modern ships coming only to Port Tilbury miles out the Thames, the numbers of seafarers and the need for a seafarers hotel was reduced drastically.  During the 25-year tenure of the enterprising and flexible Terence Simco, CEO from 1977 to 2003, ways were found to keep the beds full by helping others in the area who were in need. By the time Campbell came aboard in 2003, however, the questions of resources and building needed to be addressed directly.  And so, with lots of hard work and patience, and deeper reflection on the mission and vision of QVSR, the mission had its building fully remodeled with full capacity and also expanded its footprint into the management of the seafarers’ center in Port Tilbury.

I look at this volume not only as a pleasure to read, but as a kind of historical roadmap, showing from where we have come in maritime ministry and how we can gather the encouragement necessary to continue to go forward.  With the engaging text by Campbell and David Hurrell, beautifully printed photos, small biographies, reminiscences, and a full list of employees over the years, Saving Jack is a very enjoyable celebratory album.  It should no doubt be useful to anyone with an interest in British maritime history or the history of the East End of London. It can also be read with profit by missiologists or maritime ministry historians as the version of one group’s care of seafarers for the last two centuries.  Its most important uses, however, may be as an encouragement for those of other missions in ports around the world who are seeking ideas to rejuvenate their own work and as a reminder that transformation is possible.